Fran Leib lived a life that she could have never envisioned for herself while growing up from modest means in New York City during the 1950s.

She had three loving children with her husband of 51 years. She held many careers during her lifetime, including co-owning an employment agency with her husband. She traveled the world. And she stayed active in her community, becoming well known over time for her food drives to help people facing hunger. 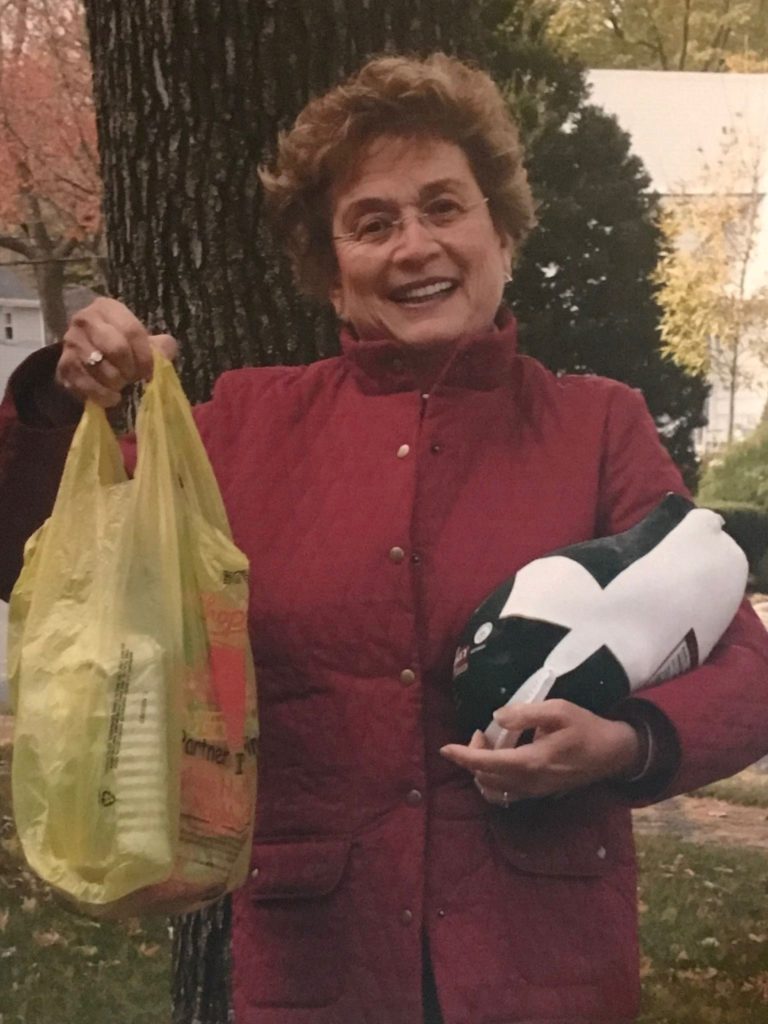 Fran Leib (pictured) started two food drives through her synagogue to help families in need around the holidays. After she died in 2011, her son Michael started an annual fundraiser benefiting the Food Depository in her memory.

Despite her successes, she never forgot her family’s humble beginnings. Growing up, Fran’s family didn’t have a lot of money, but her father experienced greater struggles during his childhood, living in poverty after emigrating to Manhattan from Eastern Europe in the early 20th century.

Fran once told her son, Michael Leib, a story about her father that made a significant impact on her.

“At one point, he passed a restaurant and he was looking in the window and one of the people who was eating in the restaurant waved him in and fed him,” Michael recalled. “And that always stuck with her.”

Michael believes that story helped inspire his mother’s passion for providing food for her neighbors in need. In 1996, Michael said, his mother “leapt into action” to start a Thanksgiving food drive through her synagogue in Paramus, New Jersey to donate frozen turkeys.  She later expanded it to include a second turkey drive around Passover.

Fran led those and other programs to support people facing food insecurity until she died from cancer in 2011. Her synagogue’s Thanksgiving and Passover turkey drives are now named in her honor.

To honor his mother’s legacy, Michael – who lives in Chicago and works as a litigation partner at Reed Smith LLP – started a memorial fundraiser through the Greater Chicago Food Depository. These fundraisers allow people to support the mission of ending hunger and its root causes throughout Cook County while paying tribute to a loved one.

Michael said his mother would be “shocked” by the amount that has been raised to provide food for those in need and proud that something she did motivated one of her children to give back.

“The pride of her child doing it is one thing, but I think there would be pride for her as well that she set a spark that reverberated,” he said.

For Michael, it is also a chance to keep his mother’s memory alive year after year. Her dedication, he says, is what makes the drive successful.

“It’s my mom’s story that really touches people,” he said. “And people have been very, very generous.”

Learn more about starting a tribute or memorial fundraiser.