When she joined the Greater Chicago Food Depository, Janet Andersen was able to turn her passion into her profession. 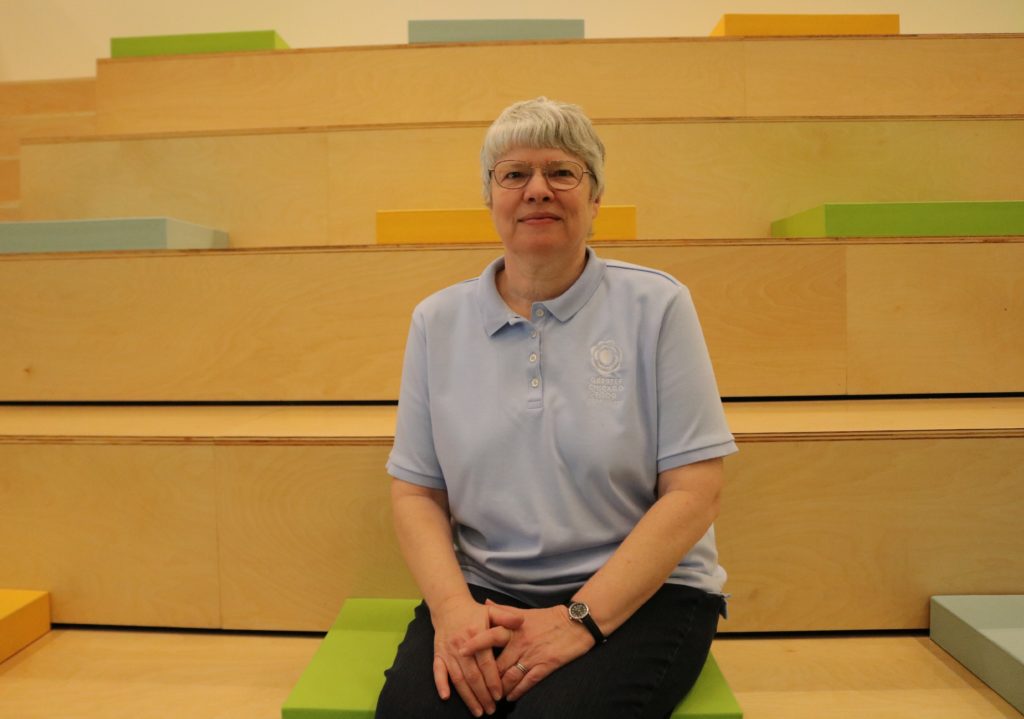 Andersen, the Food Depository’s manager of volunteer engagement, was no stranger to the organization when she applied for the job three years ago. Since 1996, she served as a Food Depository volunteer in various capacities— repacking produce, serving at the annual Hunger Walk, and much more over 20 years. It was fitting work for Andersen, who’s been dedicated to social issues like hunger and homelessness for her entire adult life. Growing up in the Chicagoland area, she began volunteering in her community alongside her family. “I was just able to grow up in an environment where we always had housing and food product without a lot of worries,” she said. “Seeing people who struggled with that…it’s so fundamental to being able to do well in school or hold down a job. Those just really struck home for me. It just seemed like something everyone should be able to have access to. And so I looked for places I could help with that.” Andersen also sits on the board for two shelters on the city’s South Side. And after years of working in the corporate finance industry, she said the opening of her current position felt like “fate.” Today, she works with approximately 18,000 individuals who volunteer their time with the Food Depository each year.  And this summer, Andersen was awarded with the Food Depository’s Employee of the Year Award. “It really reflects on the team,” she said about receiving the award. “Because without the team, we couldn’t have the type of volunteer experiences that we have.”

“I was just able to grow up in an environment where we always had housing and food product without a lot of worries. Seeing people who struggled with that…it’s so fundamental to being able to do well in school or hold down a job. Those just really struck home for me.” – Janet Andersen

From fall 2018 to summer 2019, Andersen and her colleagues navigated numerous challenges in maintaining volunteer experiences during building renovations. Amid all of the changes, she said the team focused on communicating with volunteers about the project, whether that was through informing them about changes to parking or access, or explaining to volunteers during their visits about how the remodeling will improve the volunteer spaces. Andersen also credited the teamwork among various departments, like the repack and facilities staff, for ensuring sessions still ran smoothly. “The good news is that the staff is all creative and volunteer-oriented,” she said about her co-workers. During that period, she said, many longtime groups continued volunteering on a regular basis, while new volunteers and corporate groups also joined in the mission of ending hunger. And with the remodeling came new, more welcoming spots for volunteers, including a new lounge and an upgraded orientation room. The Food Depository upgraded its Volunteer Orientation Room as part of ongoing improvements to its headquarters. The volunteer lounge at the building’s entrance was designed to provide a more welcoming experience.

“Not only did (the volunteers) feel good about the work they were doing while they were here with repacking produce or bread or things like that, but they would understand kind of the ultimate goal of all of the renovations,” she said. For Andersen, the most rewarding part of her work is getting to know the volunteers, both regulars and those who visit just once, as well as her colleagues. She also appreciates how each department at the Food Depository works closely together in pursuit of their common goal: to end hunger in the community. “That everyone has that common passion, I’ve just found that to be very refreshing,” she said. To learn more about the next steps in the Food Depository’s renovation project, visit chicagosfoodbank.org/nourish.