Did you know this week is National Volunteer Week?

Established in 1974 by then President Richard Nixon, National Volunteer Week focuses on inspiring and encouraging individuals to be at the center of social change and engage their respective community organizations, like the Greater Chicago Food Depository.

The Food Depository has a long history of volunteerism and community support, starting at its very beginning, founded by a small group of volunteers back in 1979 in a Chicago warehouse.  Today, tens of thousands of generous and dedicated individuals donate their time to help promote the Food Depository’s goal of ending hunger in Cook County, helping to distribute 69 million pounds of nonperishable food and fresh produce, dairy products and meat (the equivalent of 145,000 meals every day) last year alone. 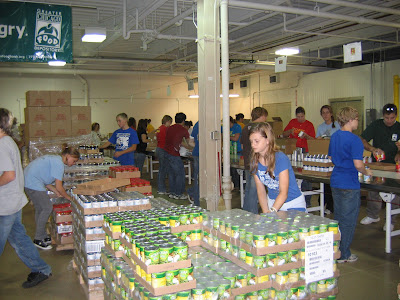 The Greater Chicago Food Depository offers multiple volunteer opportunities for you, your family or your company to get involved and give back in the Food Depository’s campaign to provide food for hungry people while striving to end hunger in our community.