Why I Walk: Cathy Moore 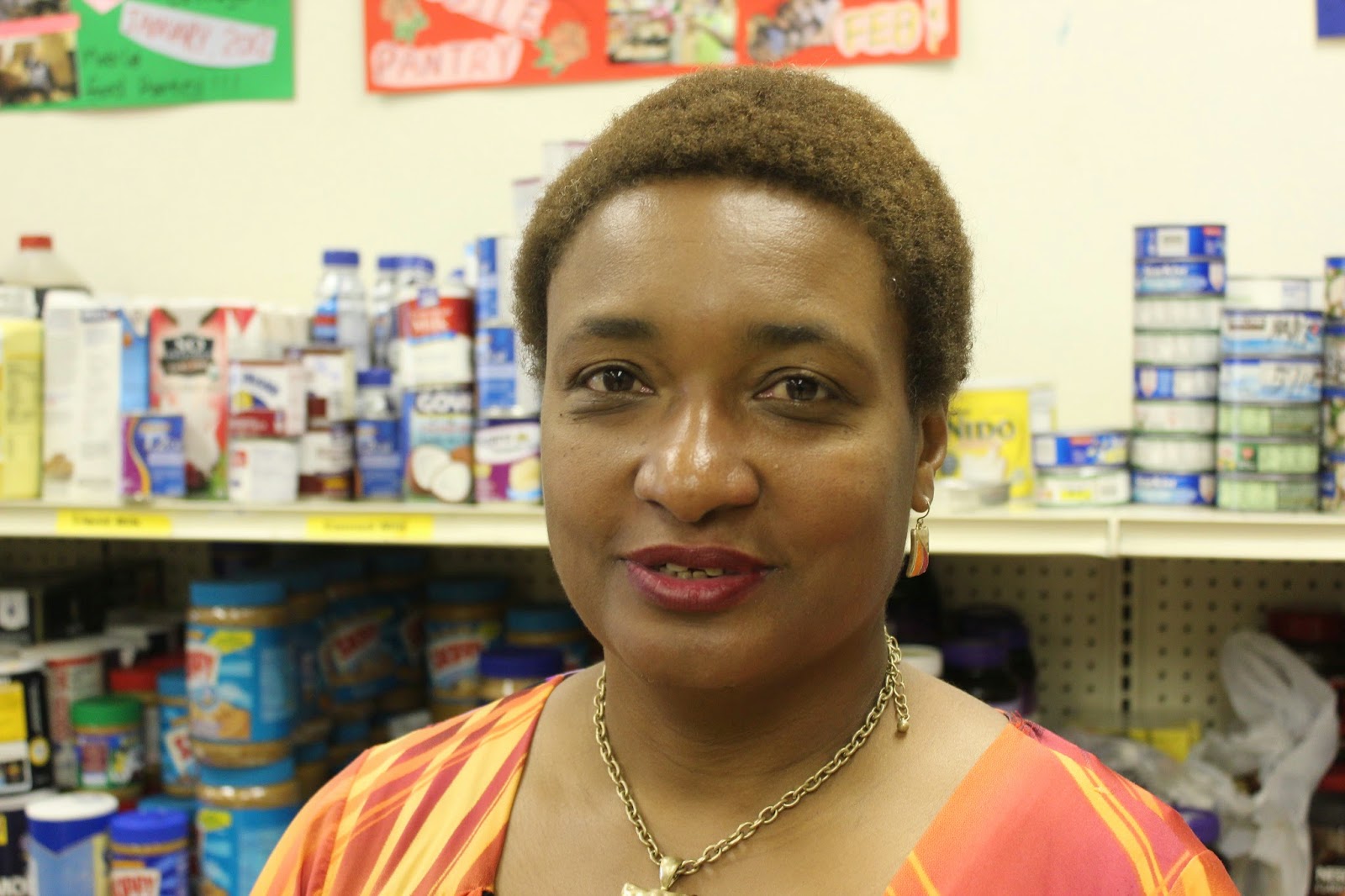 In anticipation of the Greater Chicago Food Depository’s 29th Annual Hunger Walk on June 21 at Soldier Field, we’re asking people what motivates them to take a step towards ending hunger. In this entry in the series, Cathy Moore, director of Saint James Food Pantry in Bronzeville, writes about why she’s walking June 21.
I am passionate about alleviating hunger. I always have been.
But at St. James Food Pantry, we work on such a small level. We serve two ZIP codes out of the hundreds in Cook County. Hunger is much more than just those two ZIP codes. It’s more than just Chicago. It’s an issue that affects our entire community.
I’m not saying we don’t fight hunger at Saint James, because we do, vigorously. We serve nearly 2,000 individuals per month, with distributions three days per week and we touch neighborhoods from the South Loop to Douglas. What I’m saying is; I want to fight hunger on a larger level. I want to be a part of a movement. And that’s why I walk.
The Hunger Walk is a chance to be part of an event that is so much more than a 5K walk. It’s a chance to network with other agencies, it’s a chance for my food pantry volunteers to grow as a team and most importantly, it’s a rally that shows we won’t stand for hunger in our community.
For more information or to register for the Hunger Walk, visit chicagosfoodbank.org/hungerwalk.