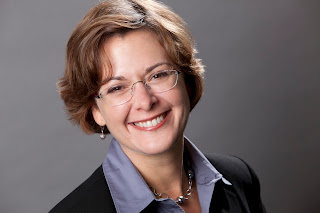 As part of Hunger Action Month, Illinois lawmakers, members of the media, and anti-hunger advocates will raise awareness for the importance of the Supplemental Nutrition Assistance Program (SNAP) by taking the SNAP Challenge during the week of Sept. 16-22. The Challenge gives participants a sense of the difficulties faced by the 1 in 6 food insecure individuals in our community who don’t know where their next meal will come from. It requires participants to eat with $35 worth of food for a week, which is the average weekly benefit for an individual using SNAP in Illinois.
Kate Maehr, Food Depository Executive Director and CEO, will take the Challenge.
“Living on only $35 of food for a week is a daunting task, but it’s something that hundreds of thousands of men, women, and children constantly struggle with in our community.”
For updates on Kate’s progress all week, follow @FoodDepository on Twitter, like the FoodDepository on Facebook and check back in with the blog.
The Challenge comes at a critical time in the fight against hunger. A new U.S. Department of Agriculture report shows 49 million Americans were food insecure in 2012, which is a 4 percent increase in U.S. food insecurity over the past decade. In Cook County, 860,670 men, women and children are food insecure.
Despite the increased need, lawmakers are considering a cut of up to $40 billion from the SNAP program. According to the Center on Budget and Policy Priorities, if passed, this action would remove 4-6 million individuals from SNAP nationwide, effectively eliminating their first line of defense against hunger. Food banks such as the Greater Chicago Food Depository would not be able to fill the gap in food assistance that such a move would create.
Individuals taking the Challenge in addition to Kate include Bob Aiken, Feeding America CEO, Illinois Reps. Sara Feigenholtz and Norine Hammond, Illinois Sen. Jackie Collins, Natalie Moore and Monica Eng of WBEZ, and Kim Kirchherr, nutritionist for ABC 7.
For SNAP Challenge guidelines, visit chicagosfoodbank.org/SNAPChallenge.