Food insecurity on the rise 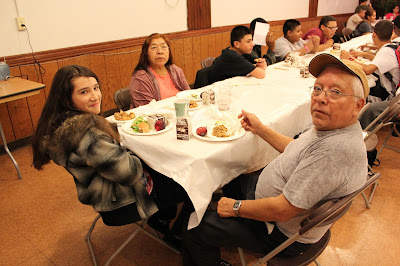 Food insecurity continues to reach record highs.
Data released by Feeding America on June 10, 2013 shows a significant increase in the number of food insecure people in Cook County. According to the 2011 data, 860,670 people are unsure where their next meal will come from.
That’s up more than 50,000 individuals from previous data.
“Hunger is persistent in our community. For hundreds of thousands of our neighbors, finding food is a daily struggle,” said Kate Maehr, Greater Chicago Food Depository Executive Director and CEO. “As economists and policy makers point to signs of recovery, this new data is a humbling reminder of just how difficult times are for many people in Cook County.”
The new data, from Feeding America’s Map the Meal Gap 2013 study, represents an increase of about 6.5 percent from 2010. Previously, there were 807,000 food insecure individuals in the county. It also shows there were 262,240 food insecure children in Cook County.
Food insecurity is defined as a lack of access, at times, to enough food for an active, healthy lifestyle for all household members and limited or uncertain availability of nutritionally adequate foods.
It might be difficult to comprehend a number as large as 860,670. But when broken down, it means 1 in 6 of our neighbors are food insecure. One of those individuals is 42-year-old William Barnett.
After being laid off from his job as a truck driver, he is now awaiting hernia surgery and cannot work. He receives $300 per month in Supplementary Nutrition Assistance Program (SNAP) benefits. He must try to support his wife, who also can’t work, and his two daughters.
To make ends meet, he supplements the food he buys on his Link card with food from the Union Avenue UMC Food Pantry in Canaryville, a Greater Chicago Food Depository agency.
On a recent Wednesday morning, he waited in line to pick out fresh fruits, vegetables, meat and canned goods. There were about 20 people in line, but he knows there could be many more.
“A lot of families have too much pride to come here,” he said.
In the face of increasing need, the Food Depository distributed 64 million pounds of food last year to people just like William Barnett through its network of 650 programs, including more than 400 pantries, soup kitchens and shelters.
The Food Depository is working to end hunger in our community, but we cannot do this alone. Please consider a donation, volunteering or advocating on behalf of the 1 in 6 of our neighbors who do not know where their next meal will come from.