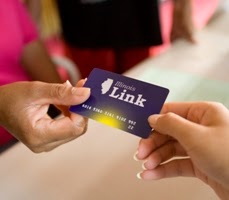 For the past few months, a conference committee made up of members of the U.S. House and Senate has been meeting to construct a Farm Bill that would be agreed upon by both full chambers. This week, the committee released a proposal that contains a $8.6 billion cut over 10 years to the Supplemental Nutrition Assistance Program (SNAP). On Wednesday, the House voted to approve the plan.

The Senate is expected to vote on the measure later this week or early next week. If the Senate approves the plan, and President Barack Obama signs it into law, the SNAP cut will affect 850,000 people in 16 states, with an average benefit reduction of $90 per month, resulting in 3.2 million lost meals over 10 years.
The Food Depository was disappointed to learn of this cut to a critical federal nutrition program, especially at a time of great need in the United States. The impact of the cut is magnified by the recent expiration of SNAP stimulus funding, which resulted in a nationwide reduction in SNAP benefits averaging $36 for a family of four.
In addition to providing food for those who need it in our community, the Food Depository will continue to advocate for strong nutrition programs and is already looking ahead to the Child Nutrition Reauthorization process, which is expected to begin later this year.